A Tale of Two (or More) Porcupines: Quill Hill in Weston, VT

From its hand-hewn beams and broad brick hearths; to its expansive, southern views of Magic and Stratton mountains; to the cozy, screened-in porch for a morning coffee or to curl up with a book while listening to the sounds of the rain, c.1830s Quill Hill in Weston makes quite the impression. We caught up with the property’s current owners to find out some of their favorite features and to learn more about the home’s rich history—including how a couple of prickly, former residents inspired the ‘Quill Hill’ name.

“In the late 1990’s while living in Manhattan, we happened upon Quill Hill one weekend while we were checking out what properties might be available in the Londonderry area. At that time, we owned a small but wonderful antique house in South Londonderry, and with our move to New York City and [the shift to] apartment living, we were looking for a larger home base for gathering our family and friends.

“While driving along Dale Road in Weston, our realtor pointed out Quill Hill, saying it would be coming on the market soon. We were spellbound by the setting, the view, and the lovely lines of this Noah’s Ark home. After visiting the house and learning the history of its previous owners—[including] some occupants that just happened to be porcupines, years ago—we began considering the possibility of it becoming our home. We made it happen in 1996.” 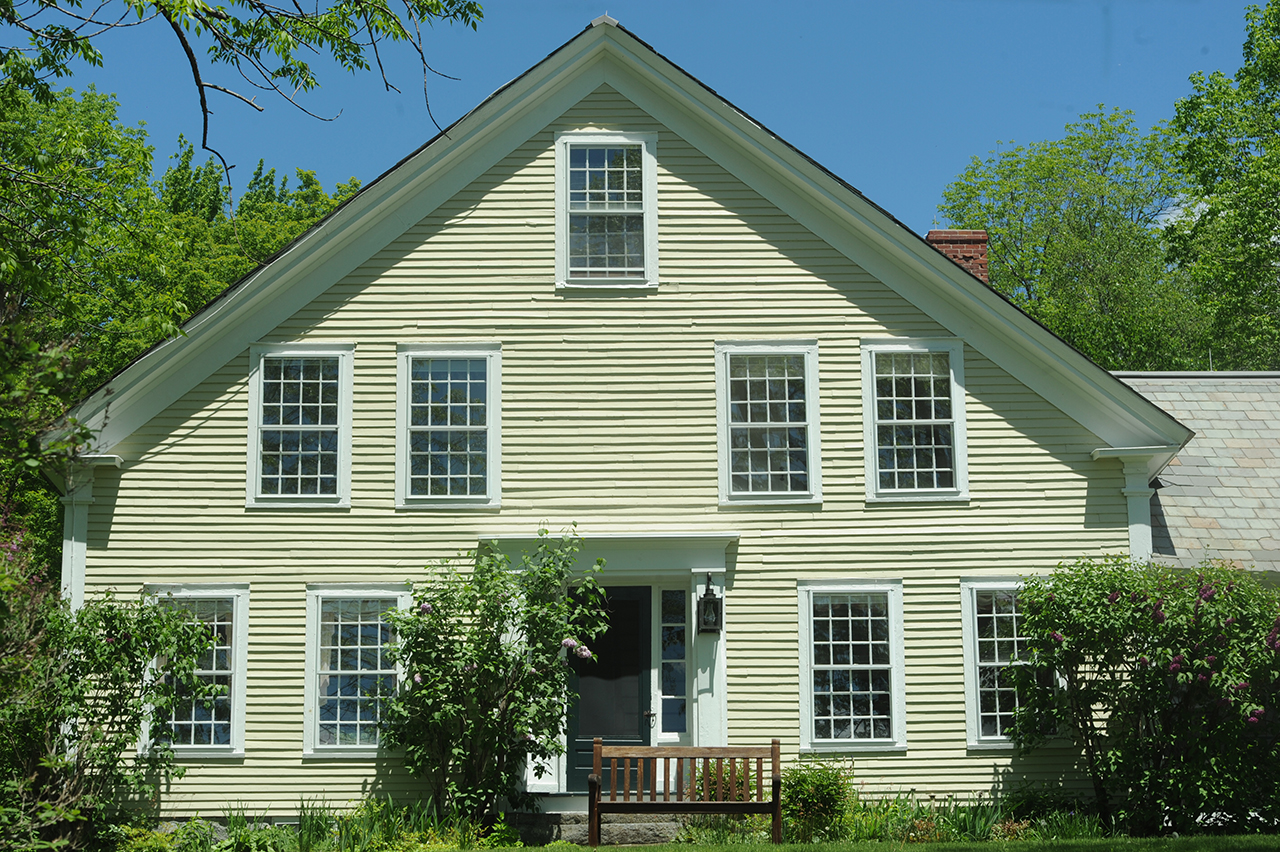 Quill Hill, c1830s, is a high posted cape where the gable side faces the front. This Noah’s Ark style may be a very local name and there are maybe 15 or so in the area dating from the late 1700s to early 1800s.

“With the masterful assistance of R.H. Adams, Inc., which specializes in antique home restoration and design, in the late 1990’s, we underwent an extensive renovation project, which truly fulfilled our wishes for our Vermont home. The changes enhanced the house’s charm and use of space; it truly became ours [at that point]. We were delighted to share our home with those before us (except for the porcupines!) and our joy in owning this special property was complete.

“In researching the history of Weston, I found that it had been settled as early as 1768 and became a township in 1799. It grew steadily until the peak in 1840, when it was a thriving community of about 930 residents, more than 5,000 sheep, and many new homes and farms. Quill Hill was built by Alden and Lucille Fuller during that prosperous era when many new farms were established. In 1861, Weston sent 91 men to the Union forces and one to the Confederacy [during the Civil War]. After the war, because of [a rise in] emigration to New England factory towns, and later to the West following the war, Weston’s population dropped by more than half, and farms and other buildings were abandoned. That’s probably when the porcupines moved in!”

“In 1934, a revival began. Although there probably had been residents of Quill Hill [prior to WWII], the Lott family purchased the property in the 1940s. Father and son pitched a tent and traveled to Vermont to work on the house, making it a livable place for them to reside for the next 16 years. Mr. Lott was an avid gardener, and his [flower beds] were legendary. He used the existing stonewalls as a backdrop to his gardens and planted many beautiful lilac bushes that still bloom every spring. 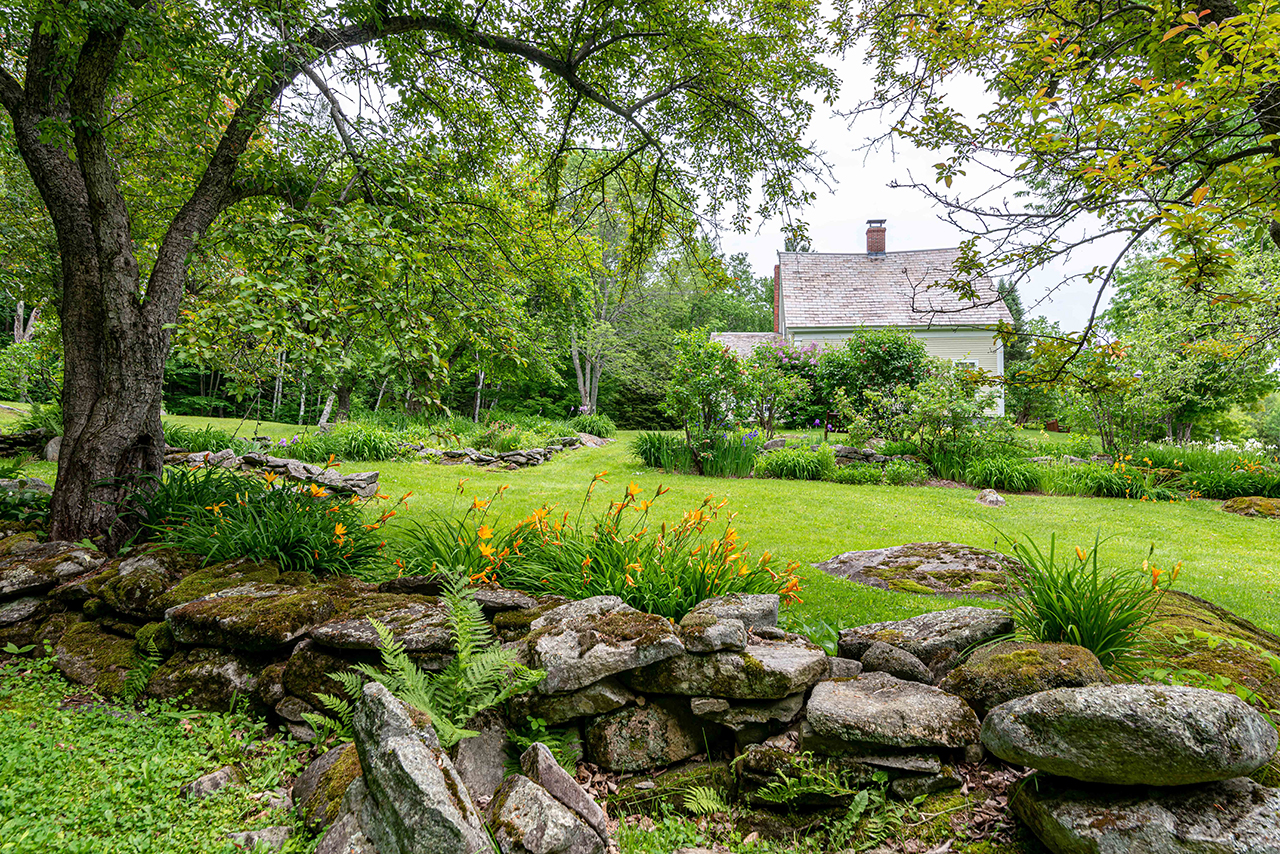 “Weston residents from those early years still speak of the gardens. We have been gradually bringing them back, and when they are in full bloom, it is a spectacular sight. There are apple trees, as well, which still produce a plentiful crop most years.” 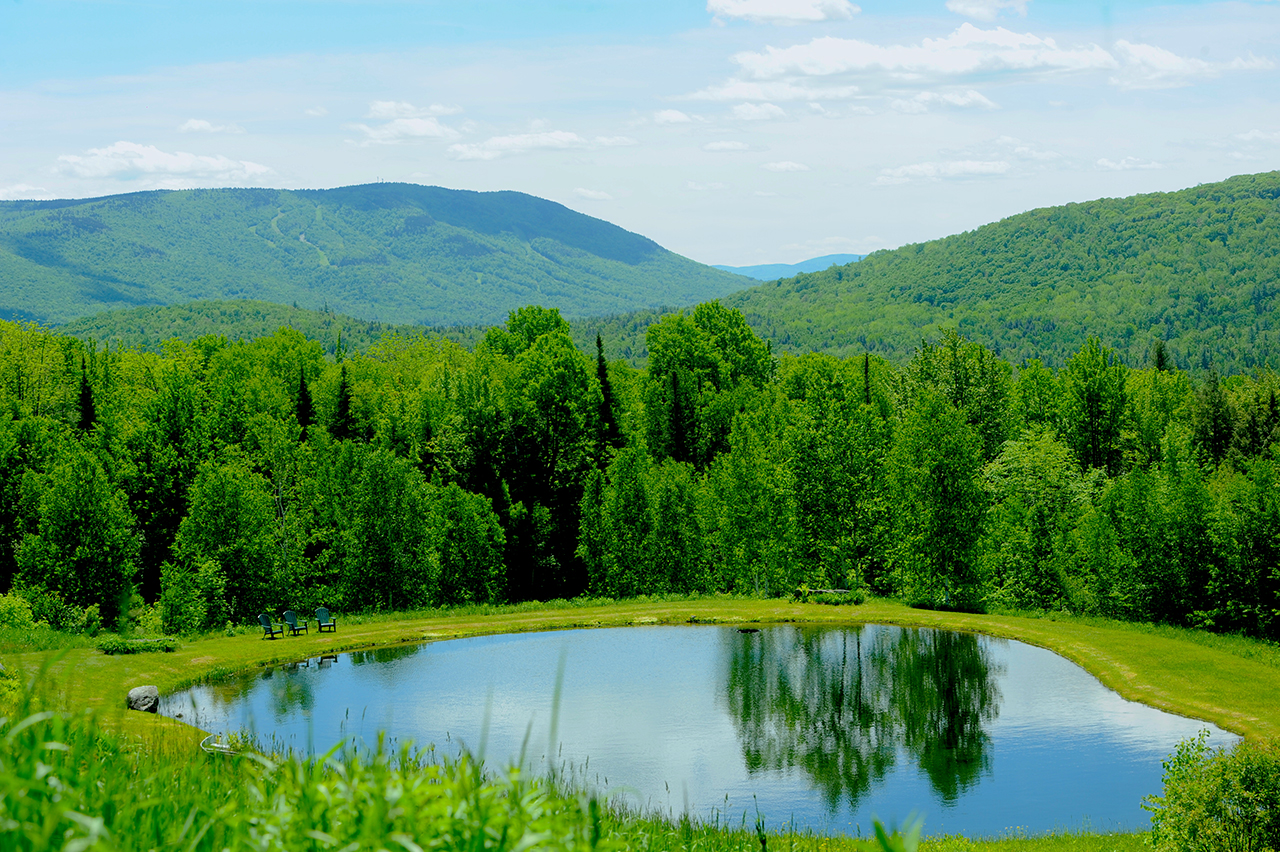 Views from the house overlooking the spring-fed, swimming pond to Magic Mountain. Stratton Mountain is to the right, but not captured in this image.

“Everyday we enjoy looking out over the clear waters of the pond and watching the weather pass by.  Water runs down off the mountain to fill the pond and it is, also, spring fed. Set against the backdrop of Magic Mountain and Stratton, our family has spent many an hour swimming and playing in the water, and paddling a small boat while setting a line. We have fond memories of impromptu picnics, roasting marshmallows over a fire and seeing the stars come out one by one.

“We love the history and beauty of this special place combined with the wonderful home that’s well suited to our lifestyle. And the view—we never tire of it. It is beautiful year-round and during fall foliage season it is truly spectacular.

“I must also include our appreciation for our neighbors on Dale Road and the wonderful village of Weston. We discovered both once we moved here full-time. It is truly a very special place.” 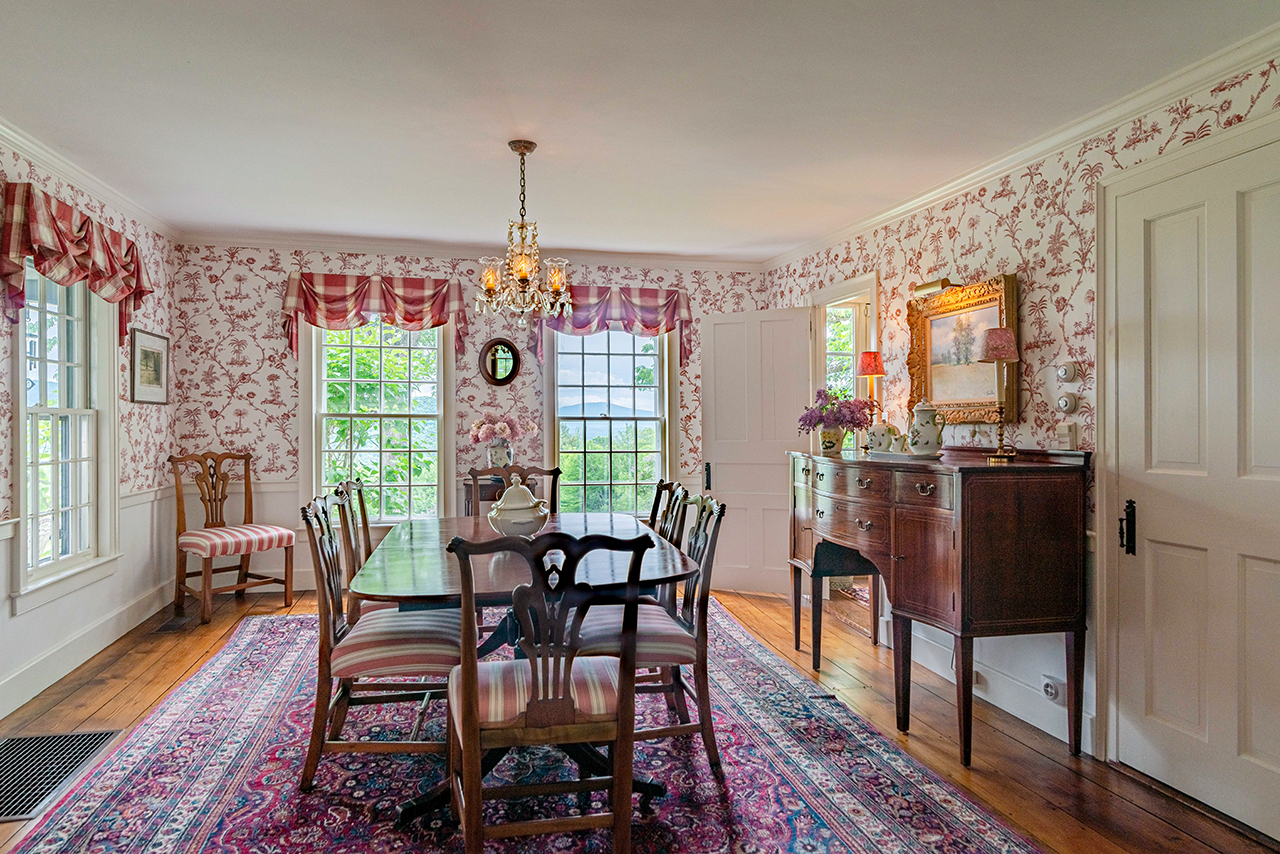 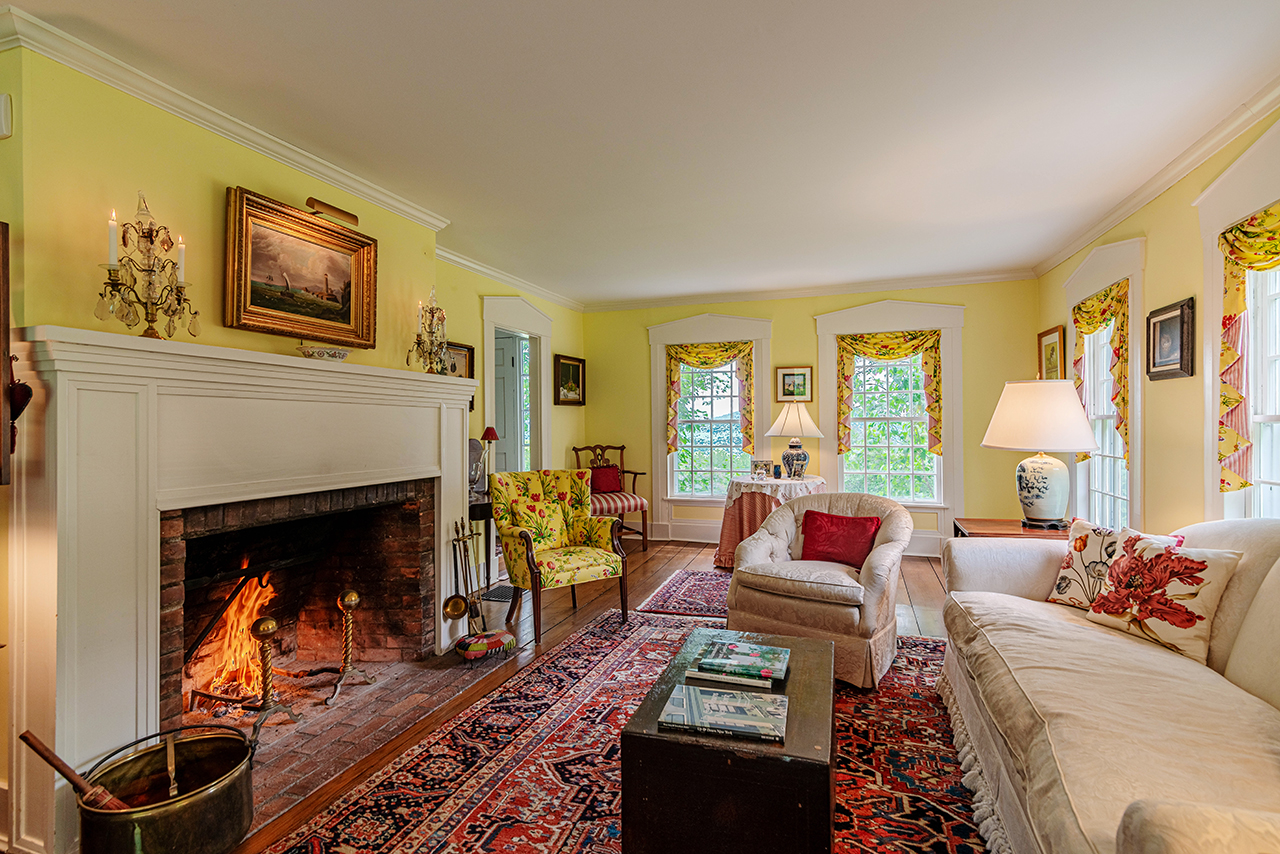 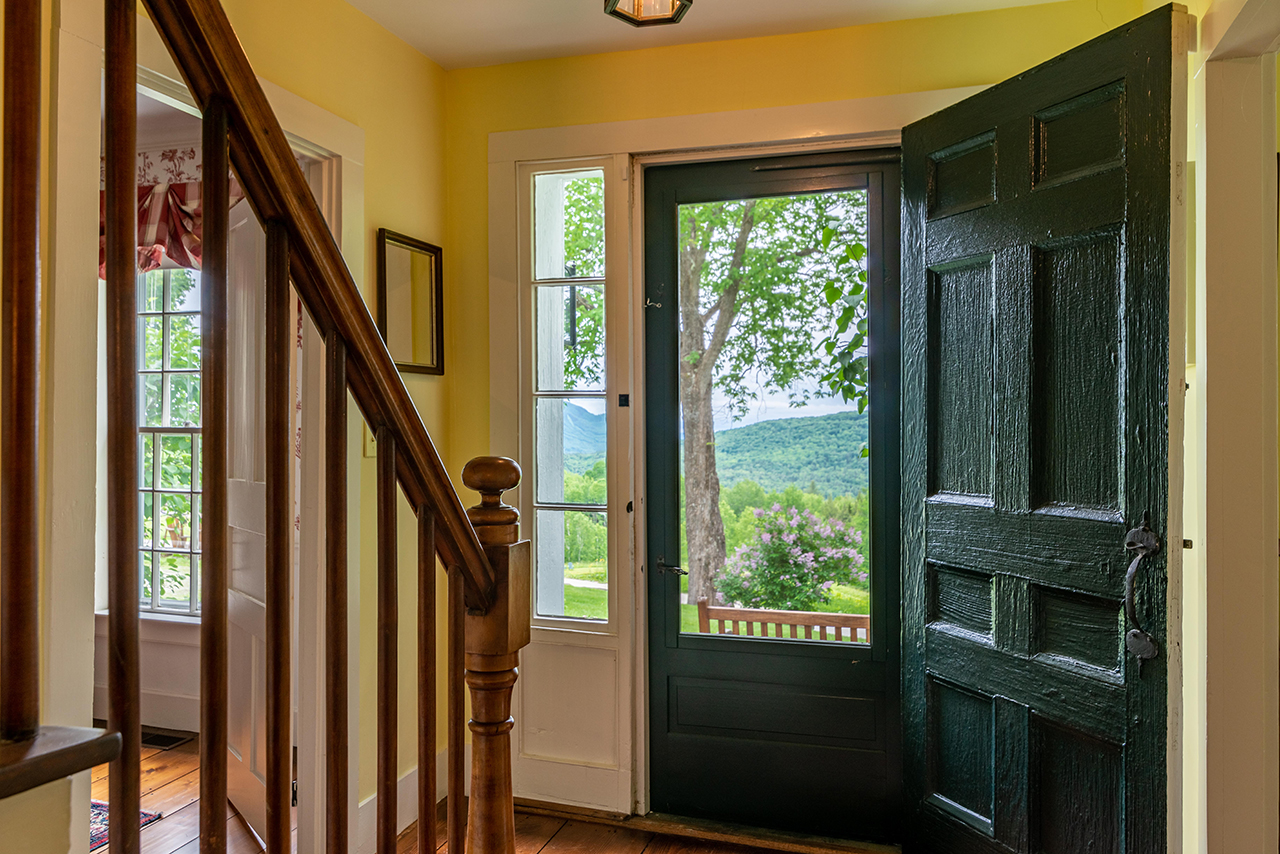 Quill Hill, a house with soul and charm and loveliness.

Have you ever wondered what it would be like to live in one of LandVest’s properties? We invite our owners to tell us a bit about their experience, ...
Ask The Seller: One Sears Road
November 19th  //   Ask the Seller, Best Places, Historic Homes, Luxury Residential, MA Real Estate, Massachusetts Real Estate
Tucked away on a sleepy dirt road, just outside the village of Brownsville, Vermont, White Fox Farm’s peaceful, country seclusion is a selling point...
Was This 18th Century Farmstead Part of Vermont’s Underground Railroad? Making the Case for White Fox Farm
October 2nd  //   Ask the Seller, Best Places, Farms and Equestrian Properties, Historic Homes, Luxury Real Estate, Luxury Residential, Southern Vermont
Mon Vert Cent is the original name of the property located at 271 East Shore North in Grand Isle, Vermont. It refers (in French) to its original 100 a...
The Story of Mon Vert Cent
June 23rd  //   Ask the Seller, Best Places, Luxury Residential, Vermont Real Estate, Waterfront Real Estate, Waterview Real Estate
Get The inside Scoop!
Back to Top