Why Martha’s Vineyard has the Presidential Seal of Approval

This jewel of an island off Cape Cod has become a go-to for First Families during and after their stays in the White House. Currently, our Martha’s Vineyard team has Jacqueline Kennedy Onassis’s waterfront estate on the market. Red Gate Farm is a serene and private 340-acre sanctuary with over a mile of Atlantic Ocean beachfront and two freshwater ponds that has been cherished and preserved for 40 years. 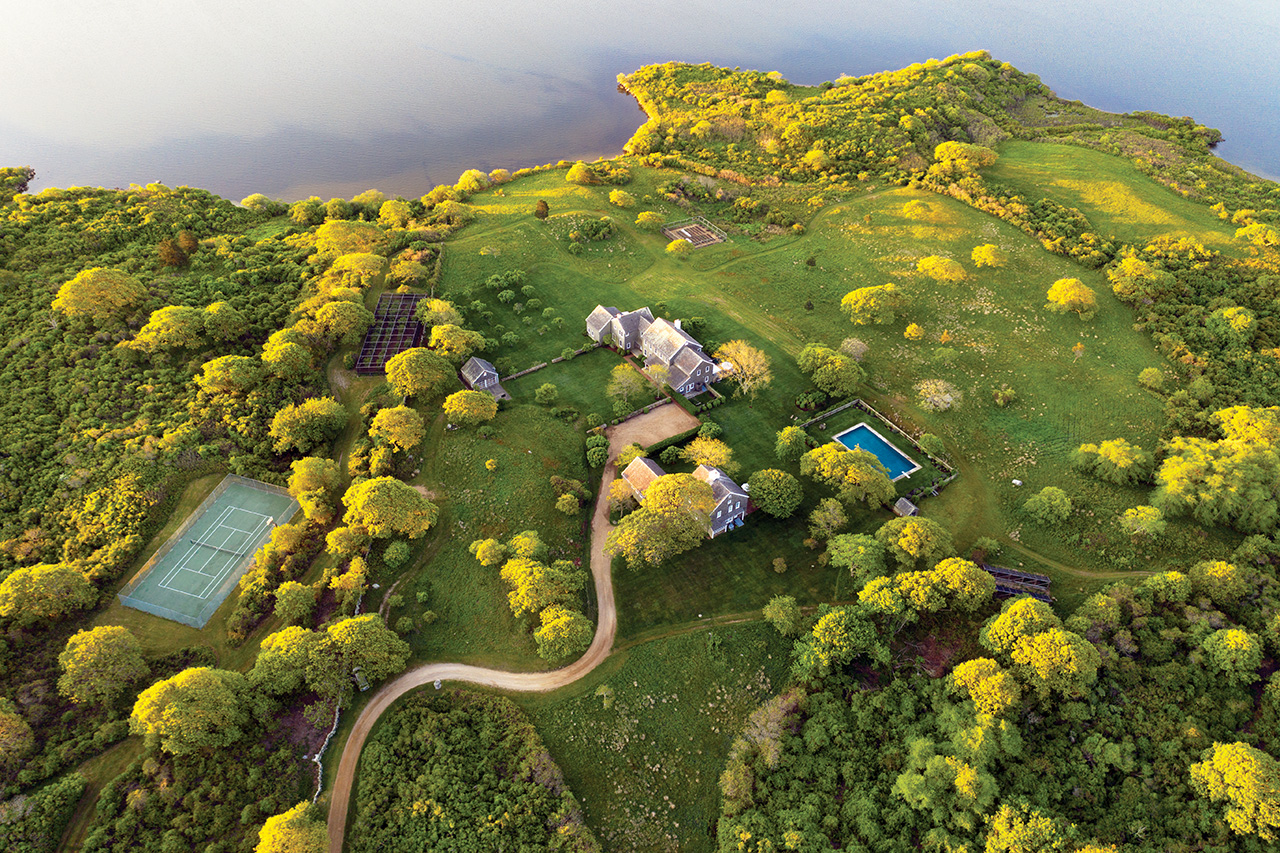 Another family with Oval Office connections has decided to make the island a permanent retreat. After many summers spent on the island, the Obamas purchased a Vineyard home last year.

So, what about the island makes it a draw for presidents?

“The land amid the waters” is the translation of the original Wampanoag name for Martha’s Vineyard, Noepe. The name “Martha’s Vineyard” belonged to a smaller island to the south. In 1602, Bartholomew Gosnold named that island after either his mother-in-law or daughter, both named Martha. Eventually, the name transferred to the bigger island that we now know as Martha’s Vineyard.

Not a postcard of someplace far away, this is the Vineyard and these are beautiful Aquinnah cliffs with endless water views. This could be your backyard, call us to explore some special up-island properties. #landvest #mvrealestate #islandliving #aquinnah #luxuryrealestate #nofilter

The island gained prominence in the 19th century through the whaling industry, much like neighboring Nantucket. Once the whaling industry died in the 1870s and the railroad came to Woods Hole on the mainland, people began building summer homes on the Vineyard. Since then, the island has blossomed into the coveted summer retreat it is today.

It could be the views and the landscape that draw in illustrious figures. They can get back to nature in the peace and quiet of the up-island communities of West Tisbury, Aquinnah, and Chilmark. Like at this home with over 22 waterfront acres. 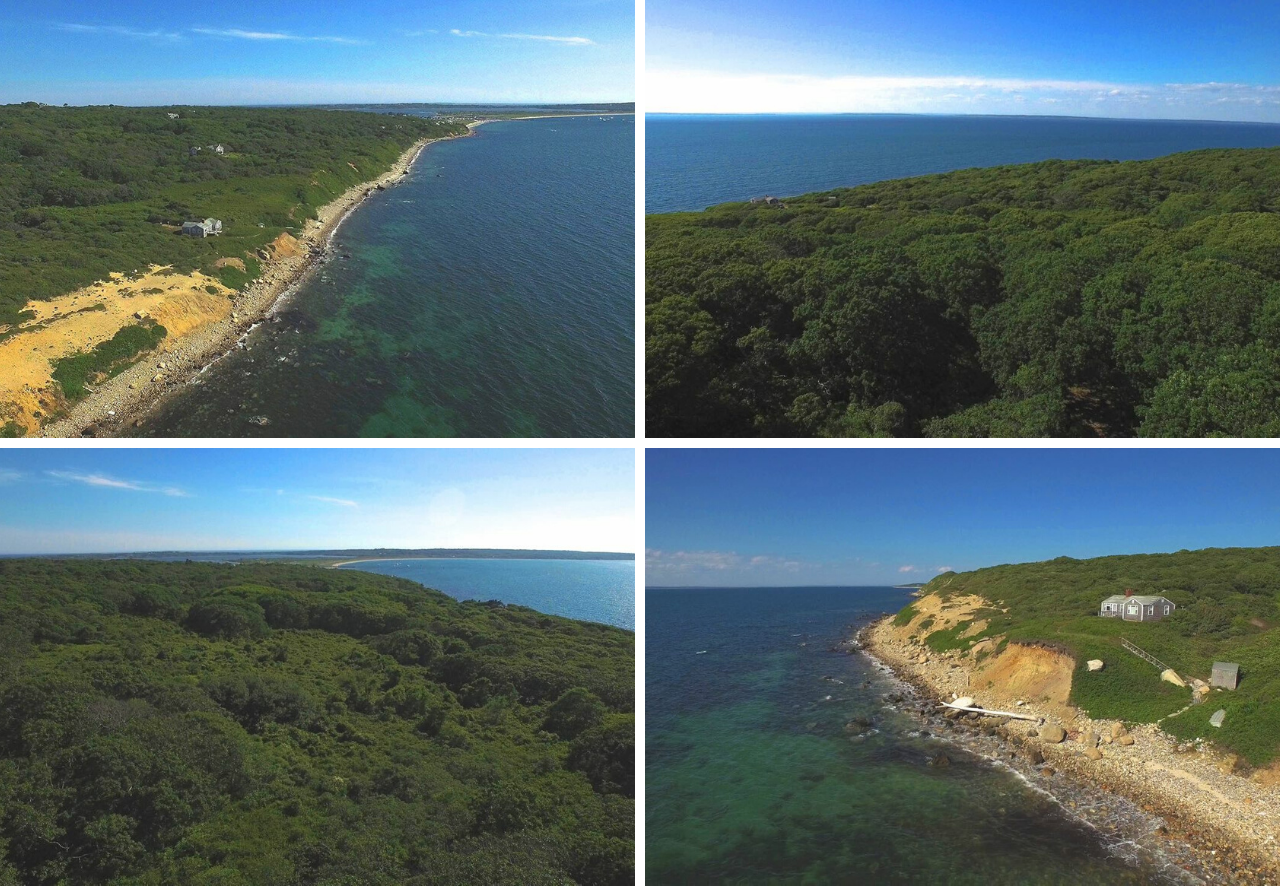 Or maybe vibrant Edgartown, Vineyard Haven, and Oak Bluffs get people to come back. In-town properties like this one (available for sale or for rent) put you just around the corner from top restaurants, shops, and attractions. 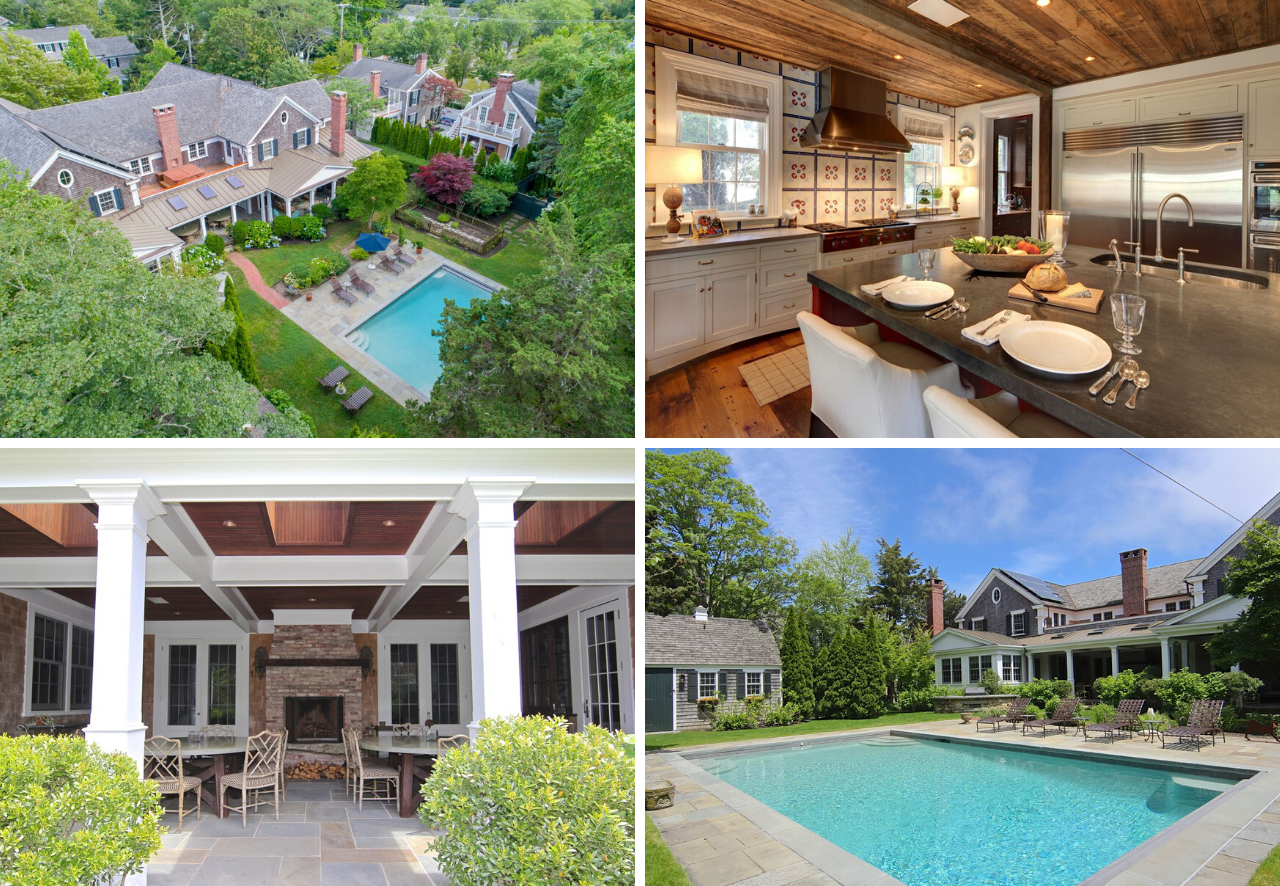 Another Edgartown option is this magnificent waterfront estate in the exclusive Herring Creek Farm Association. It’s now available for sale ($19,500,000) or for rent ($60,000/week). 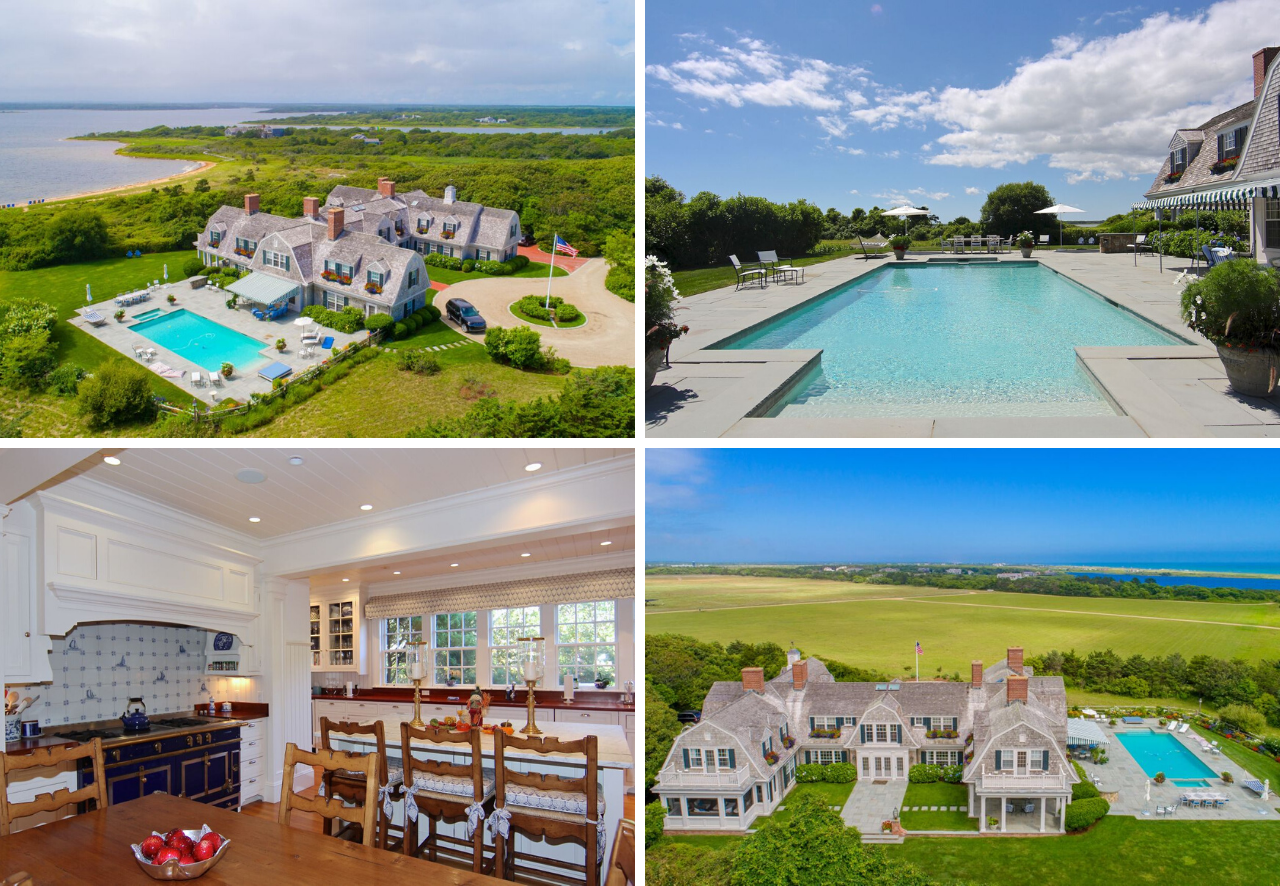 For a truly presidential experience, the newly completed Skyhouse Penthouse Suite at the Harbor View Hotel is perfect for VIP travel, extended visits, and private entertaining. It even comes complete with butler service. 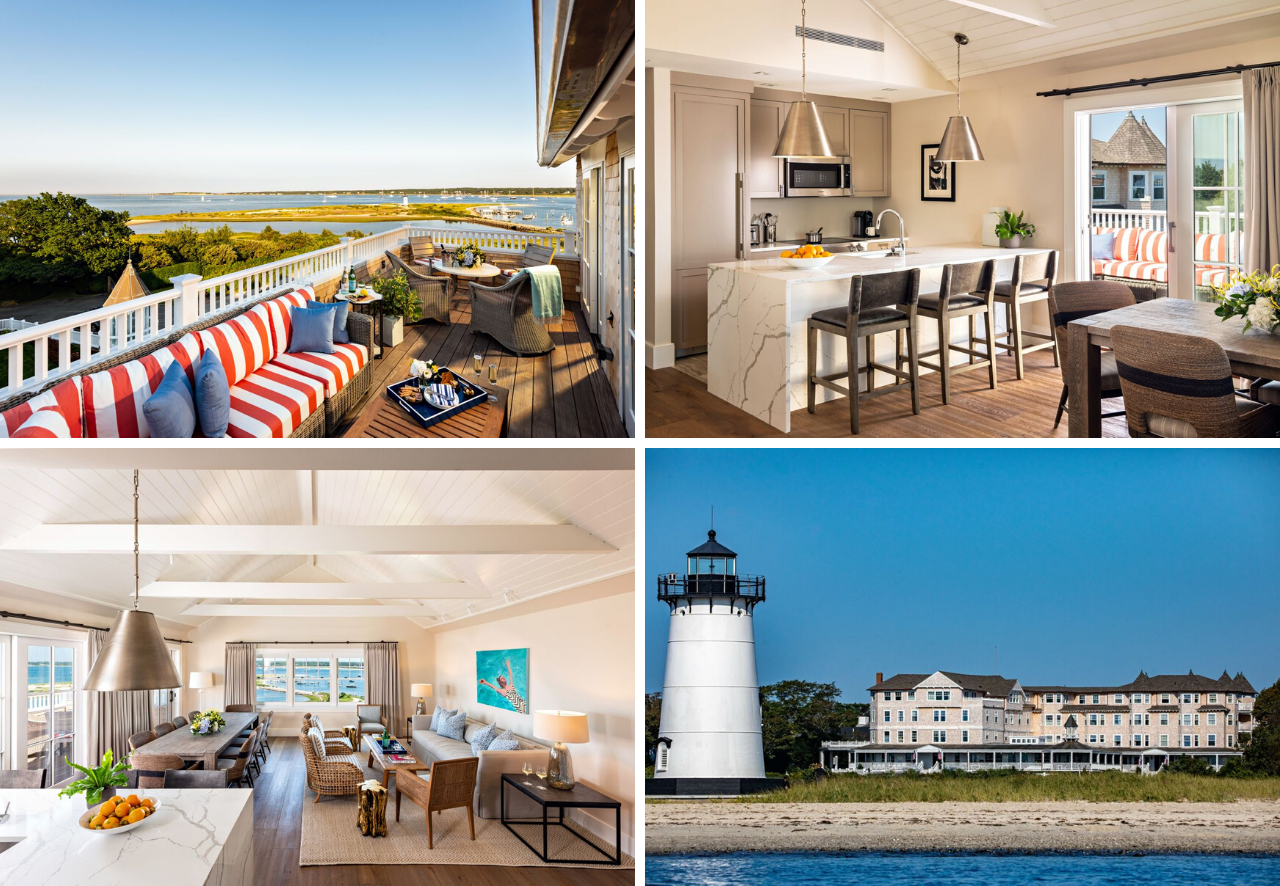 Pass the Time on Martha’s Vineyard

Obviously, the water is a big draw for many. There’s a beach for everyone with the northern shore offering calmer waters compared to the rougher surf on the southern shore. If you’d rather be on the water than in the water, this area has hosted many famous boaters. For example, think of all the photos of JFK sailing out on the sound between Hyannis and the islands.

Another go-to presidential pastime is golf and the Vineyard has some highly-rated options. Golf clubs are primarily located on the east side of the island. Farm Neck Golf Club in Oak Bluffs has consistently been ranked as Golf Digest’s “Best Places to Play.” Close to the village of West Tisbury, the 235-acre Vineyard Golf Club offers world-class golf, exceptional dining and an opportunity to join a special club. On the island of Chappaquiddick, a unique links course has operated for over 100 years. The Royal and Ancient Chappaquiddick Golf Club is styled after the traditional Scottish courses.

So many hidden gems on our beautiful Island. The beauty of the off-season is getting to explore these private beaches. Hello Lucy Vincent! #chilmark #mvrealestate #luxuryrealestate #landvest #landvestrentals #islandliving #lucyvincent #mvy

Arguably the chief reason that this is where Commanders-in-Chief vacation is privacy. It’s easy to retreat and relax on the island. The population booms in the summer and when a celebrity can be spotted practically around every corner, you’re less of an oddity. The locals are used to the best and brightest finding solace on Martha’s Vineyard. They’re happy to share their slice of paradise.

If you’re ready to find your island home, contact our Martha’s Vineyard team.